Are We Living in a Simulation

In this post, I try to explore this thought by citing various examples that we humans do to simulate different senses. 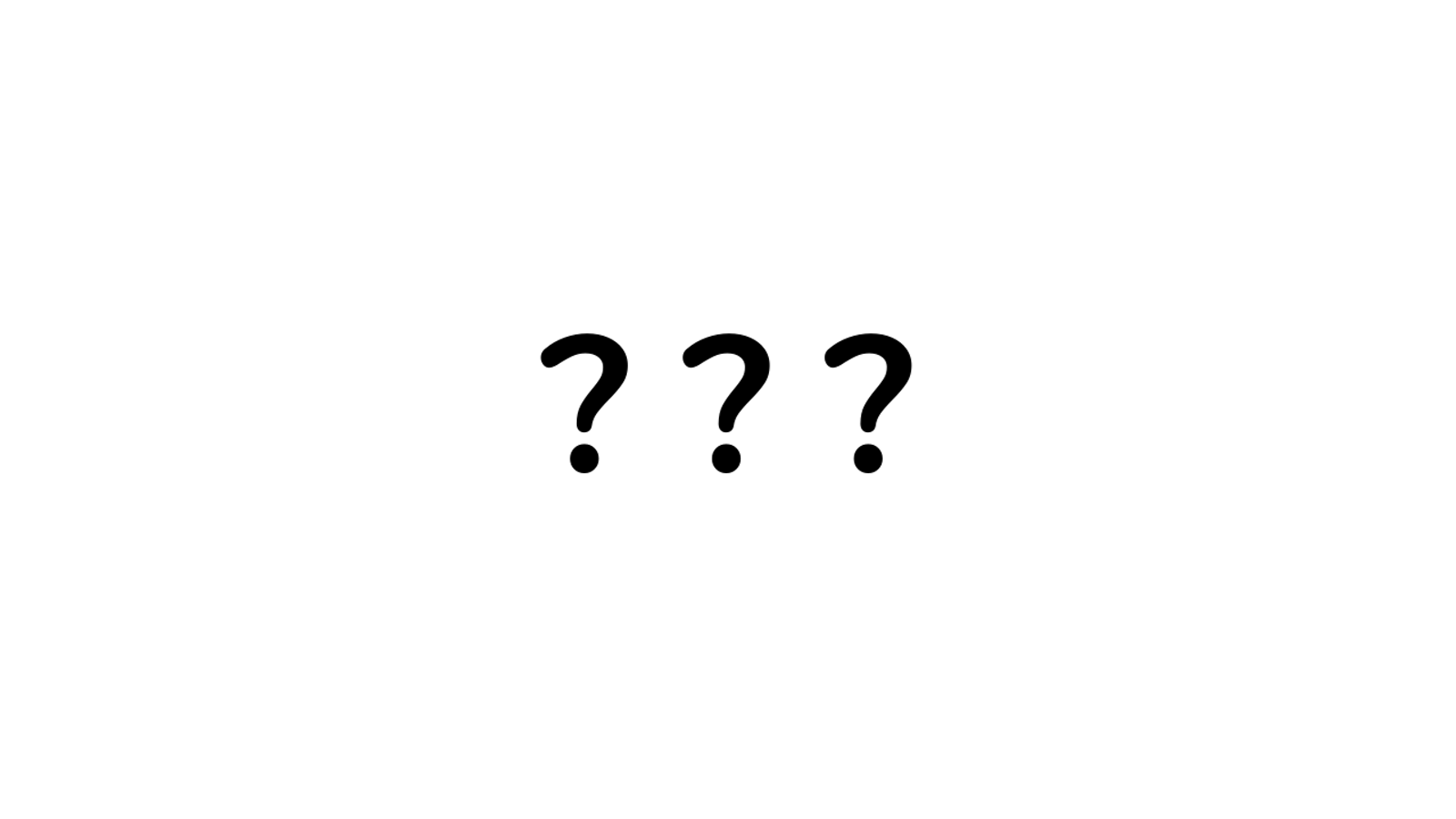 This question has been addressed by many philosophers and researchers throughout the course of history. In 2003 Philosopher Nick Bostrom published a paper arguing the possibility of humanity being simulated by some super-intelligent civilisation. In his simulation argument, he argues that at least one of these three possibilities is true: 1. The human species is most likely going to be extinct before reaching a post-human civilisation, a type of civilisation that is fused and transformed with technology.

The philosopher's Andy Clark and David Chalmers talk about technology as a structure that extends the boundaries of human biology. Ray Kurzweil reminded us that to some extent of post-humanism started a hundred thousand years ago when early humans picked up a stick to get the fruit hanging high up in the tree we used a tool to extend our reach and overcome the limitations set by our biology. This was beautifully portrayed by film director Stanley Kubrick in his 1968 movie 2001: a space odyssey where a pre-human ape used bones to overpower the threats to their survival. As Jason Silva said we are a technology making species much like a spider is spider web making species . The tools we build is us because as Philosopher Marshall McLuhan said First we build the tools, then they build us.

All I'm trying to say is Nick’s first argument is false because the notion of Post-Humanism is already embedded in this human evolution. Of course in the future will build more complex and sophisticated technology and then fuse with that technology until one-day singularity will happen where human and technology become one and we overcome all limitation there is in our biology and Human civilisation will be transformed into the state of post-humanism that Nick Bostrom is talking about.

At that point in time, the first argument may be true or maybe false but for now, in a mathematical point of view, Nick Bostrom’s first argument is false.

Which brings us to the second possibility in the paper, Are you living in a Computer Simulation and that is any posthuman civilisation is extremely unlikely to run a significant number of simulations of their evolutionary history. This statement makes sense if we consider that this paper was published in 2003 and Artificial Intelligence was not so advanced back then. But in 2019 with a tremendous amount of resources poured into AI Research by major organisations and companies like Google and Amazon it will be foolish to question the likelihood of simulation of ancestral history given the advancement in VR technology in the last couple of years it is very likely that we are being simulated by our great great great probably a hundred great-grandchildren. Sword Art Online, a 2013 Japanese animation series featuring a completely immersive virtual reality massively multiplayer online role-playing game which can directly manipulate your brain waves to simulate touch smell audio and visual assets. The VR Headset used to play this game is special in the fundamental functioning. You see, the VR headset called NerveGear acts as a second brain that projects the audio-visuals of the game directly to the players’ brain, like a dream. Along with this, the VR gear activates certain parts of the brain to activate the sense of touch, smell and feel. In other words, Sword Art Online is an artificially created dream. Now the anime takes place in the year 2022 and given the time frame it might not be possible to build something so advanced and sophisticated as SAO environment. But it is very likely that thousands of years later it might be possible.

With each advancement and breakthroughs in science and technology, we are most certainly one step closer to proving Nick’s second possibility true.

NeuroEvolution Augmented Topology a genetic algorithm that is used to evolve artificial neural networks much like a biological evolution some random mutation in the organism or the environment is introduced and the agent or the organism either adapt to that mutation or perish paving the way to more advanced species.

With this algorithm, it is entirely possible that we are nothing but a computer simulation running inside some supercomputer owned by some advanced super-intelligent species.

But there is one more possibility that we are actually a simulation of our life that is predicted by some advanced AI thousands of years in the future using the information they know about our individual life our twitter posts, Instagram photos and all the digital footprints we left while we were alive in our time. I know this sounds too far fetched but as Sherlock Holmes said, Once you eliminate the impossible, whatever remains, no matter how improbable, must be the truth.

But then that means that we were once alive and we must have done something that was worth remembering thousands of years in the future by our successors.

Elon Musk repeatedly gives the example of video games, that 40 years ago video games were basically two white squares on a black background and now 40 years later, we have photorealistic 3D gaming environment with a well-defined storyline. Huge amounts of funds are being poured on Virtual Reality and achieving realistic experience in a virtual reality session.

While researching for this essay I found a video by Disrupt explaining how close we are in a fully immersive virtual reality game like Sword Art Online. And it turns out, we are pretty close. Well not exactly as shown in that anime but we can now control our environment externally to completely sink into the game.

Human beings have mainly five senses: audio, video, touch, smell and taste. For audio and video, it’s just normal VR Goggles and noise-cancelling earplugs but what about touch, smell and taste? Vocktail, A virtual cocktail that can simulate taste through electrical impulses. Using this technology the device can simulate sourness, bitterness and salt and with more research and development, this technology can be scaled to simulate all the basic tastes and maybe a combination of different tastes as we encounter in real life.

One of pewdiepie’s 2016 videos , he featured a device called Nausilus Rift, much like Oculus Rift but for the nose. Which can be the solution for the externally stimulating smell in the immersive VR experience.

Touch is the most difficult sense to simulate because of the number of touch sensors we have in our body. We can feel any external stimulus like wind or cloth or any interaction our body does directly or indirectly with the environment and if you have paid attention to your body you know that we can feel the sensations inside the body, like pain and stress.

The sense of touch can be simulated using some sort of full-body electrode suit that can use minor electric impulses to simulate touch according to game actions.

In addition to touch, we can feel the temperature. Also, we have to transform physical movements to game actions plus when we move each of our body parts we feel the fluid is flowing past us. This means that if we are swimming in the game then we have to feel the water rushing past us.

My point is if we are living in a simulation or we are just a game played by some super-advanced species then there will be a lot of calculations just to do simple tasks like moving a hand. So considering that it will be impossible that we are living in a computer simulation.

But wait, there is something else that researchers are spending a lot of time on. Enter Quantum Computers, a revolutionary machine that can break your bank’s security in just 100 seconds instead of 100 thousand years in your computer.

Quantum Computers are great for parallel computing and computer simulation. If there is a civilization either Alien or post-human that is able to create a quantum computer that is so powerful which can calculate practically infinite calculations so fast that there is no lag at all, then it is entirely possible that we are living in a simulation.

Which makes me think when we play a graphics-intensive game on a low-end PC and the game lags. Then in the game’s player’s point of view, does he or she notice the lag?

If a game lags, then the game’s concept time also lags, then no matter what’s the frame rate of the game even if the game is running at an impressive speed of 1 frame an hour even when the player inside the game will not notice any difference, for him the game is running in real-time. Which means, there is no need for a super quantum computer to simulate the universe as we know as long as Einstein is right. The time is relative to the frame of reference. The Theory of Relativity which was published by Albert Einstein in the year 1905 completely shattering the 200-year reign of Newtonian Physics. This theory is slowly being proved one technological advancement at a time. It is because of the Theory of Relativity that the GPS technology works and the amazing scene from Interstellar were possible.

There are a thousand arguments that prove that we are living in a simulation, and there are a thousand arguments that prove we are not, and we are as real we can be. The only way to settle this argument is through time and solving the mysterious puzzle that is this Universe one piece at a time. With each technological advancement, we are one step closer to solving the mysteries of this universe and just as Marshall McLuhan quotes We build the tools and the tools build us.

We give a brief introduction to GANs and code up a simple GAN as described in the original paper by Ian Goodfellow.
NetworkingMisc

This post gives a brief understanding of how an ISP can detect and block a VPN from its network.