In this post, I'll be showing how you can add custom header to response in Django. 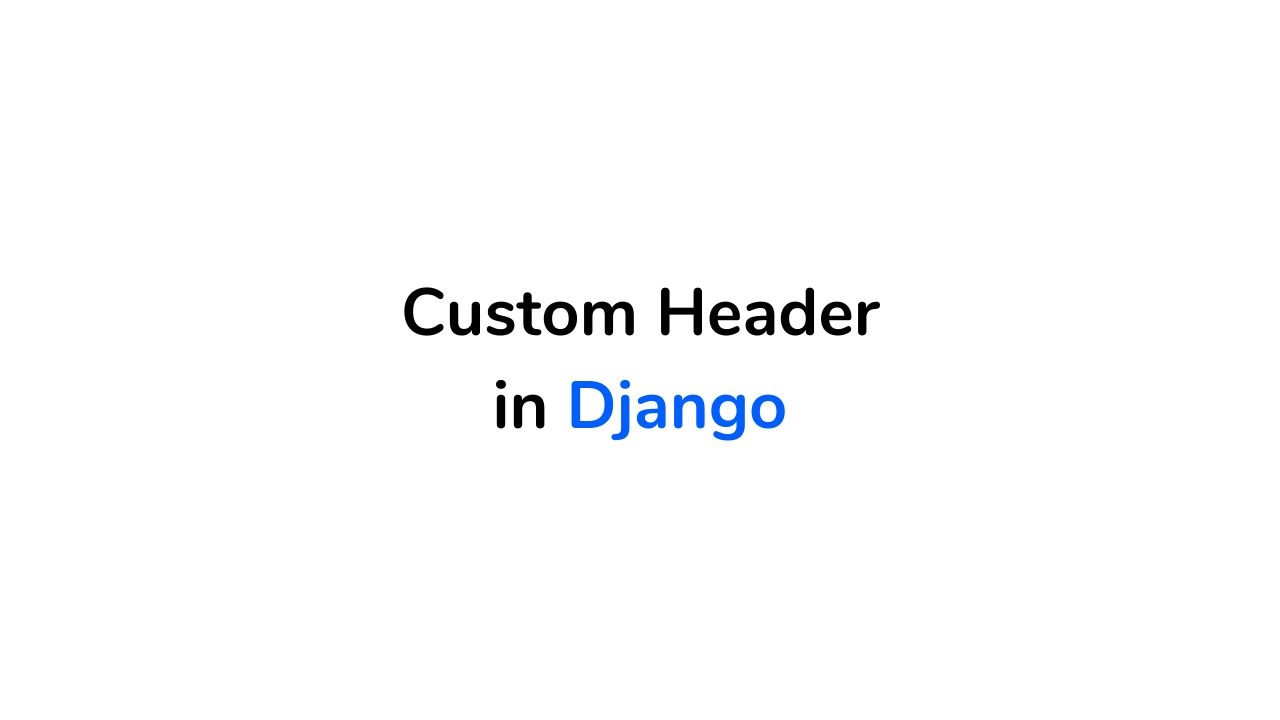 I was creating this REST API for one of my clients and I was thinking what is the proof that I made this app, and I was totally blank because only proof I will have is the payment I will be receiving from the client.

So I thought, what if I implant something in the response header that will scream that I have created this API or web-app or whatever.

In this post, I will be documenting how we can create our own header attribute to responses in Django.

In this you can add a custom header attribute to one response. For example, imaging you are creating an auth APi and you want to send an encrypted token as a response header. For that the view function will be something like this.

And when you see this response header, you'll see your custom header "Auth-Token".

The problem with this method is that you have to repeat this process for all your view functions, what if you want to send a custom header with all your response.

Create a middleware.py file in one of your app folder and inside that write this code.

You can write whatever you want in place of "Created-By" but this is my purpose.

Open settings.py file and add this line to MIDDLEWARE list.

Replace "APP_NAME" with whatever app name inside you've created the middleware.py file.

Now if you check the response headers you'll see that custom header.

So that's it for this "Today I Learned" post.

Fixing Up Permissions After Data Migration in Django

In this post, I go through the process of building a Trivia chatbot on Telegram.