How Anime Shaped My Personality

I am very much influenced by Japanese Animation shows and movies, this post is me explaining how Anime has been a huge contributor to what my personality and interests are today. NOTE: This post is not related to Programming. 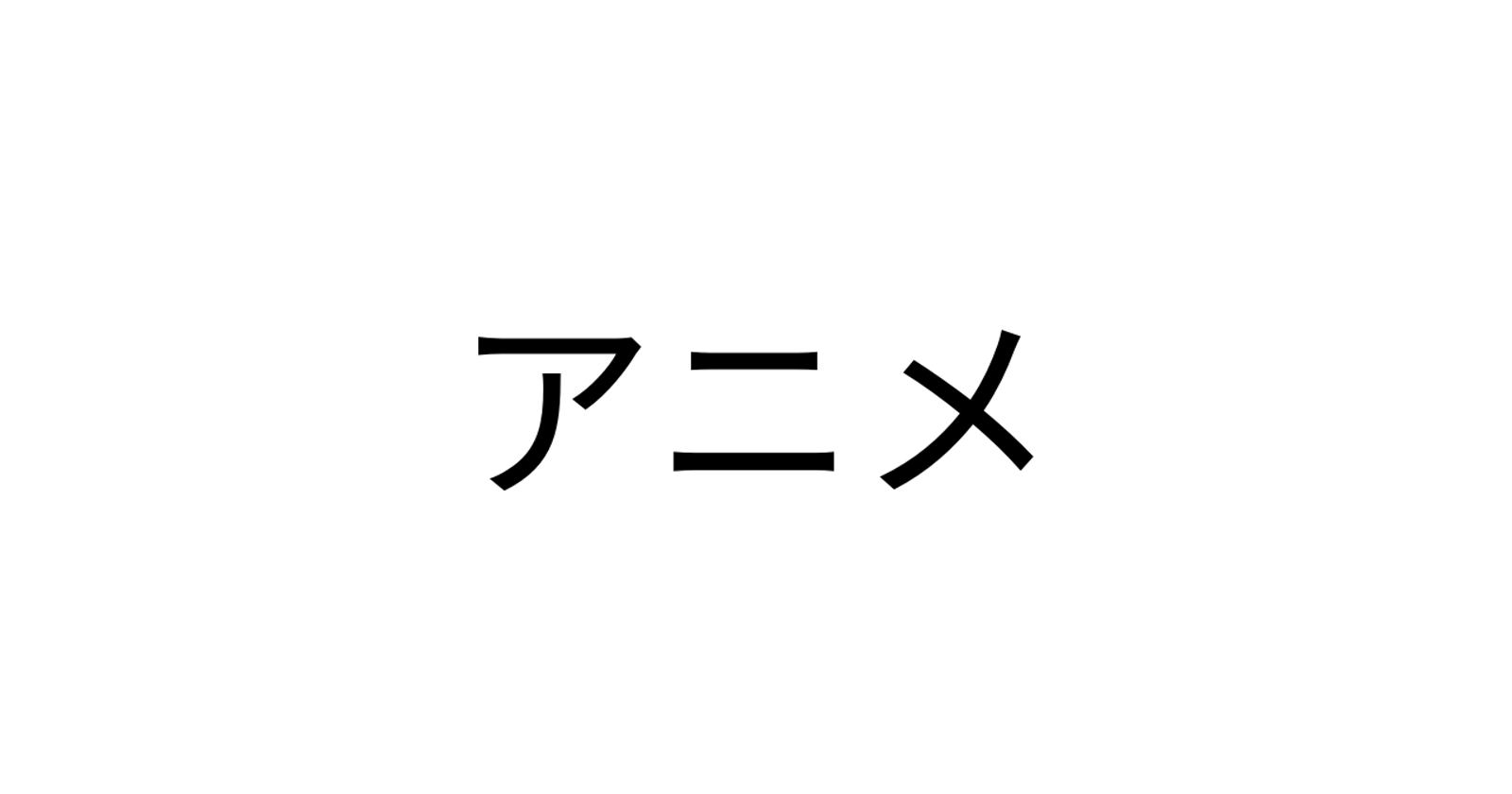 If you met me 3 years ago, your first impression of me would have been a cold emotionless robot with zero if not negative social skills. The reason for this behaviour of me was that I was never able to feel what the other person is feeling and I was not able to think like I was in their shoes. I had a few friends who were at the same level of socially awkward as me. And one of them watched a lot of anime.

Now to be fair, I have watched shows like Pokemon and DragonBall Z in the past and I really enjoyed Goku screaming for an entire episode for no reason. So, I decided to ask my friend about some Anime recommendations. At that time, I used to watch a lot of time travel-related shows and movies. Predestination was my all-time favourite. and he knew this fact about me and recommended Steins; Gate and he told me that in order to achieve maximum quote and quote braingasm I must watch this show in a specific order. I said ok and started watching Steins; gate.

I immediately fell in love with Mayushi even though I felt that its story development is kinda slow compared to other anime I've seen. This was only a first impression and if you’ve seen steins; gate you know how I felt after the end of episode 12. It took me 4 days to watch until episode 12. I completed steins; gate and steins; gate 0 within a day.

I immediately texted my friend in the middle of the night for more anime suggestions. I wasn’t able to sleep that night, those images of Shiina Mayuri and what was happening to her and Okabe’s exhaustive efforts to stop that was playing in my mind over and over and over.

Next day my friend replied and suggested my watch Erased; Boku dake ga inai machi. It’s a story about this guy who has the ability to go back in time when something bad happens around him. This time-travelling murder mystery was perfect after my “steins; gate hangover”. One thing this show has taught me is to find the root of the problem and fix it rather than fixing what’s wrong. Being a programmer, this little lesson has helped me improve my debugging game a lot. Other than that, Erased taught me to take care of people you know and love and keep an eye around them because anything can happen anytime and its consequences might surface years later. And never trust anyone because the person you trust the most might be the villain of your story. If you’ve seen Erased then you know what I am talking about.

Then I watched death note, it didn’t have a noticeable impact in my life except I changed the way I eat potato chips. But if anyone asks me to recommend an anime, Death Note is my first choice. Because of its fast-paced storyline and flawless animation anyone who is starting out can binge the entire anime without getting bored.

Then I watched that one anime, which made me cry after a very long time. Probably the first time in the last 10 years and its name is Ano Hi Mita Hana no Namae o Bokutachi wa Mada Shiranai translated to “We Still Don't Know the Name of The Flower We Saw That Day” or Anohana in short. The reason I can very much relate to Jintan, one of the protagonists of the story because growing up I had a ton of friends but now I am all alone sitting inside my closet recording to this video. Following Jintan’s story of patching up with his friends that he barely talked to since last 5 years after that day in the woods.

The thing about anohana is that if you haven’t seen this anime this song will have no major effect on you, but if you have seen it then this song has an uncanny ability to fire through your emotional barrier and reduce you to tears within seconds. This is not because this song is sad, well yes the nature of this music is melancholic but the reason you almost cry while listening to this song is because of Menma. You immediately remember her cute smile and childish mannerism which made you smile, then the fact that she is dead hits you and that in my theory makes you sad.

I never had to face a close friend’s death like super peace busters had which drowned all of them into perpetual grief and everyone behaved differently. I could relate to those characters and maybe for the first time in a very long time or maybe for the first time ever, I could empathise with those characters and I could empathise with people in real life. This for me at least was a great achievement because I personally don’t give a crap about the other person’s feelings. One could say that I’m an asshole and I agree, I was an asshole maybe I am still an asshole.

One anime that was most relatable to my life was Shigatsu wa Kimi no Uso or Your lie in April. It’s a story about three high school friends, Arima Kosei, Tsubaki Sawabe and Ryota Watari. As an Asian kid, I can totally relate to Arima, his mother pushed him way beyond his limits to pursue her dreams. She wanted Arima to become the best pianist out there and he is the best pianist out there, he was called the human metronome because his mother forced him to practice every single note till it’s like muscle memory and his mother would beat the hell out of him if he made a single mistake, pretty relatable as an Asian kid. His performance has inspired a lot of people which is explained through the plot of this story. But unfortunately, after the death of his mother, Arima lost the ability to hear his own notes while he was playing; this is beautifully portrayed in the opening some of Your Lie in April.

Another little detail about why this anime particularly is so close to my heart. Two of my best and oldest friends are just like Ryota and Tsubaki. My real-life Ryota is muscular and very outgoing just like Anime Ryota and My real-life Tsubaki is short and sweet and for some reason is really mean to me, I just love her. Side note, I’ve been begging both of them to watch Your Lie in April, but apparently they’re too old to watch cartoons. Thomas had never seen such bullshit before.

Now, you might think that I’m saying that I’m Arima, no. not at all. Arima was really talented and he was cute and thin. If anything I am the polar opposite of Arima, I barely have any talent and I’m fat and disgusting. But I can totally imagine myself as Arima because everything else is relatable to me. I don't know if there is any scientific name for this, I tried to search for this but I wasn't sure what to write in the google search box.

I never had a friend like Kaori, Kaori in the Anime is portrayed as a free-spirited talented violinist and she has a great character arc, you should definitely watch Your lie in April if you want to know about her because revealing anything about her is a spoiler to this story. So, I never had a friend like her. But I can imagine how my life would be changed if I had one, because of my empathy towards Arima. Which is the reason I cried towards the end of the series. Everything changed when I watched that last episode. Initially, I thought that the “lie” is that Kaori told everyone that she’s ok even though she’s sick. But in the last episode when she narrated what the “lie” was, my entire perspective towards this show changed, making Your Lie In April one of my Favorite anime so far, and probably ever will be.

I still remember Arima’s final symphony, the one he dedicated to Kaori. He was trying to reach her through his music and I think he subconsciously reached her, this is portrayed as Kaori and Arima’s duet performance. Kaori expressed his pain and suffering through that one symphony and as a viewer, I can feel his frustration of losing a friend. I was bored one day so I thought let’s watch Your Lie in April live-action movie, my worst decision ever. That movie completely ruined my series. Let me talk about the last performance when I saw that scene in the movie it was as if Arima was hallucinating, and I could feel the fear in his eyes. He was crying with fear and he was surprised to see Kaori on the stage with him. In contrast, the Anime version was much more realistic and convincing and Arima was crying because he knew he would lose Kaori. I don’t understand why they even make live-action movies of Anime.

Overall, Anime made me a person who can express empathy and for once think in another person’s mindset. Without anime, I would have stayed that narcissistic asshole I was two years ago and I just realised that this entire video is narcissistic. So, that is a wrap. Thanks for coming to my Ted Talk.

This post gives a brief understanding of how an ISP can detect and block a VPN from its network.
Misc

This post outlines a brief history of Git, why it is used, its features and How to install Git in Mac, Windows and Linux.
Misc

How to become a killer Web Developer

I will talk about the meaning of “Web Development” to me and how you can improve and enhance your web developing skills.