Take advantage of your procrastination

This short post is about Rori Vaden's book: Procrastinate of Purpose, which talks about the ways you can take advantage of your procrastination problem. 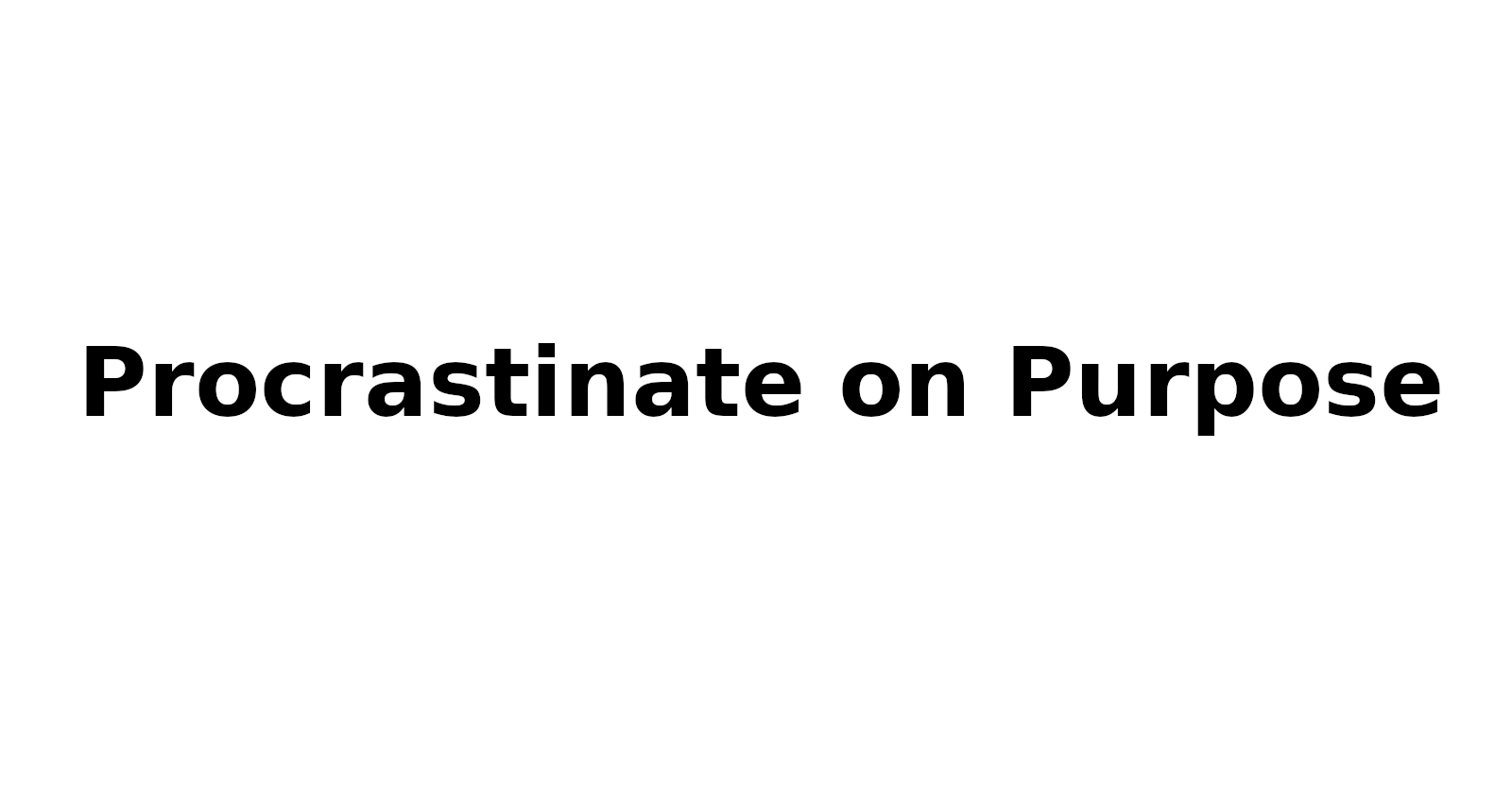 I was reading this book called Procrastinate on purpose by Rori Vaden and that blew my mind. So I've decided to talk about some key points that I learned from that book.

The very first line of that book is that "Everything you know about time management is wrong.", But I think this line is designed to grab the reader's attention because this line will activate the Fight or Flight response in a human brain. this is the same logic that's behind why flat earthers don't usually get along with globe earthers and vice versa. The opening line induces a fight or flight response in us which motivates us to read more because we don't like our belief system is questioned. A more realistic version of that line would be "Everything you know about time management, might not work in the current age of high-speed technology". And if you haven't noticed yet, this entire paragraph was the result of that fight or flight response induced in my brain while reading that genius opening line.

So back on topic, what procrastinate on purpose means is that we have the power to decide not to do a certain task while giving more time to tasks that is much more important and significant to you.

And spending all the time on some unimportant task like checking the mail 12 hours a day is also a form of procrastination because at that time you are not actually doing anything useful and significant.

One might think that in order to give more time on an important task and give less time of things that do not matter much, we have to prioritise our to-do list. But prioritizing only takes item number 7 in your to-do list and put that to number 1, that does not save you anytime that's just shuffling your tasks in a specific way.

Rori Vaden talks about ways to multiply your time and he suggested the Focus Funnel, which looks like this. 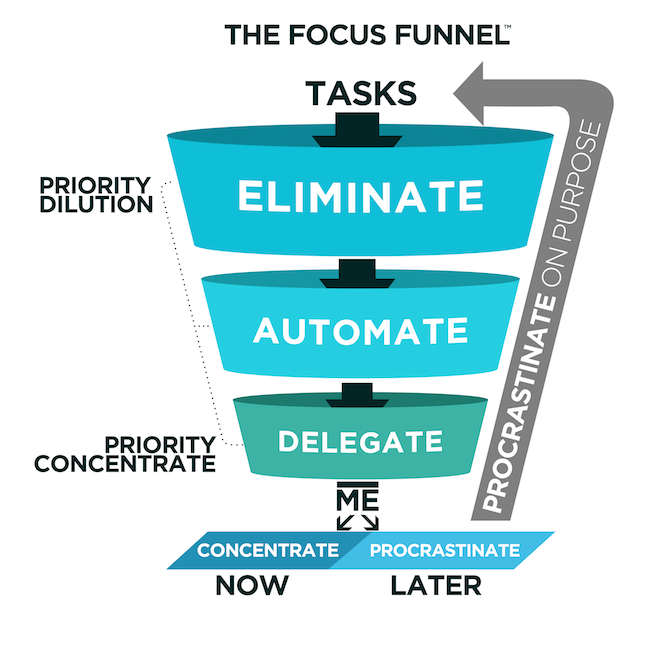 The basic idea of Focus Funnel is this, there is some task which you put into the focus funnel and the first step will be to analyse whether this task can be eliminated from your to-do list? If yes, the cross that and move on to next task. Else move to next process which is can this task be automated, if this task can be automated then spend some time to write an automation script, spend time in those things that will save you time in the future. Next step in the focus funnel is can you delegate this task, that is, can you hire another person to do this task for you, if yes then hire someone else, move to next step. Ask yourself, do you have to do this task now? if you have to do this task now, then do it. Otherwise, you keep that task in the waiting list which is called procrastinating on purpose and when you have time put this task into the mouth of the Focus Funnel and repeat the entire process again and again until one day you decide to Eliminate that task which you should have done in the first place, or automate the task, or delegate to someone or you finally decide that this is the time to do this task and actually finished it.

One final quote I want to share by Rori Vaden is this:

You multiply your time by giving yourself the emotional permission to spend time on things today that will give you more time tomorrow.

This post gives a brief understanding of how an ISP can detect and block a VPN from its network.
Misc

This post outlines a brief history of Git, why it is used, its features and How to install Git in Mac, Windows and Linux.
Misc

How to become a killer Web Developer

I will talk about the meaning of “Web Development” to me and how you can improve and enhance your web developing skills.