Find out about outdated python packages on your system.

Today I wanna talk about a neat way I just discovered to find out which python packages present on my system or virtualenv are outdated. To find out, type the following in your terminal:

This will display an output similar to one shown below: 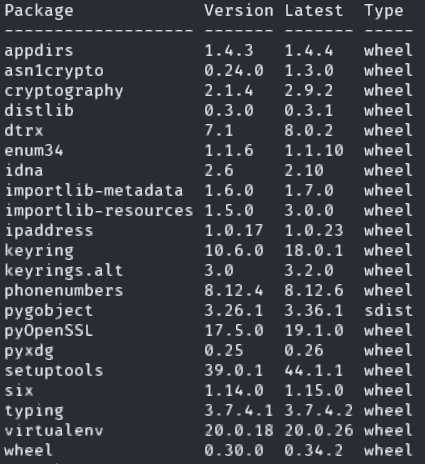 Then you can proceed to update the packages as per your needs. For example we can update virtualenv package as follows:

After finding out about the above feature, I wanted to find out if there was a way to find out about only the security updates available for the installed packages. Then I found out about safety.

To install it, type the following in your terminal:

Then to check the installed packages for known vulnerabilities, run the below command:

This will output the packages with known vulnerabilities similar to the one shown below: 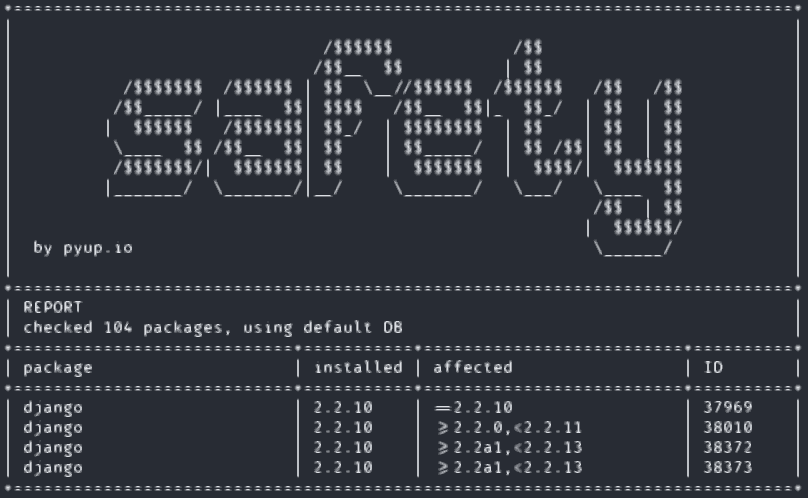 Then you can proceed to update the packages with security updates by using commands such as:

So that’s it for today’s "Today I Learned" post.

Fixing Up Permissions After Data Migration in Django

In this post, I go through the process of building a Trivia chatbot on Telegram.